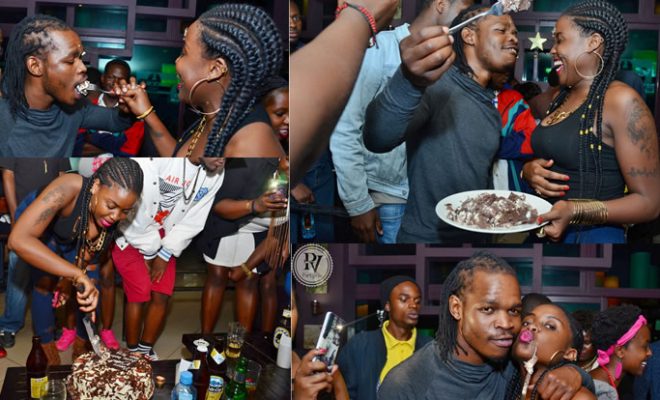 After denying that they are not dating, it is now evident that Timmy and Kush Tracey are sharing more than mics on stage and advices. The Wele Wele singer went all out during Kush’s 22nd birthday. Apparently Kush Tracy had gone to support Timmy on his gig inNaivasha, but to her surprise she ended up celebrating her birthday during the show. The party did not stop as she was set to make an appearance at T mall’s Club Phys she was welcomed with yet another surprise birthday. Our source revealed that the two were all over each other with Pacho Entertainment crew among other celebrities were in the mix.