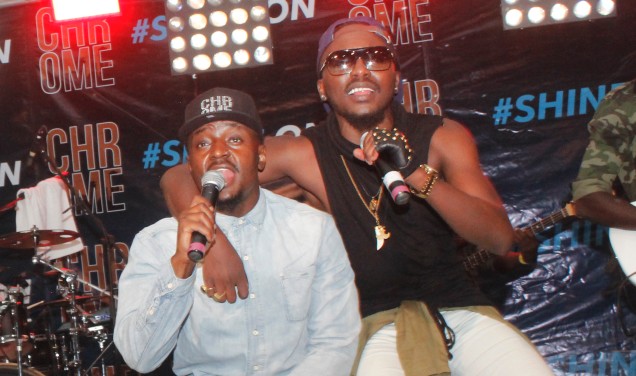 Kenya Breweries Limited through Chrome Vodka Brand will host The Chrome Mega Bash with Sauti Sol in Kisii, which will be headlined by the afro-pop group.

The concert is set featured celebrity deejays, DJ Protégé and DJ Creepa with other celebrities expected to perform. Emceeing the event will be Antonio and Obinna.

This follows the renewal of the partnership between Chrome Vodka and Sauti Sol in December 2016 which followed a successful Street Bash held at Choices Bar and the Nakuru edition of Chrome Mega Bash which saw King Kaka, Juacali and Sanaipei grace the stage.

Sauti Sol signed a partnership in February 2016 with Chrome Vodka to help drive the brand’s marketing campaign Dream Big, Be Bigger. This was executed through a series of nationwide concerts and on-ground activations. Last year, Sauti Sol held a nationwide tour to popularize their Live and Die in Africa album.