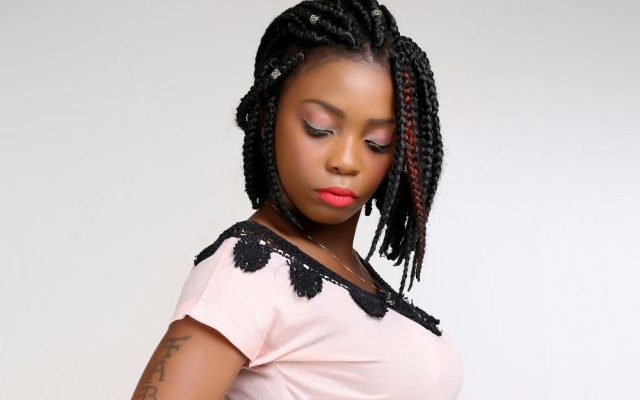 MISHI DORA’S BOYFRIEND IS NOT MY TYPE SAYS PENDO

After being attacked for stealing Mishi’s man, Ciggie Johnson, Pendo says man is not her type, “Mishi is just insecure with her relationship and I don’t know why, maybe it’s because of herself esteem issues. Ciggie is totally not my type of man, I only see him as a colleague, they have been having relationship issues and I don’t know how my name is being added to their problems.

Mishi has been caught on her lies, she says things and when questioned about them she denies, I am not interested with Ciggie.”

Pendo admitted she is still friends with Mishi, “Yes we are friends and that why I don’t understand the attacks.”

The issue started when Pendo borrowed a camera from Ciggie, “Apparently nimemuibia bwana, sijui kivipi. Because I borrowed a camera and Mishi said I told ciggie she f*cked Baysic. I remember she was the one who told us his d*ck is small. How did she know his lolo is small? If she said so basi ameiona na basi ameitumia,” Pendo posted on Social media.