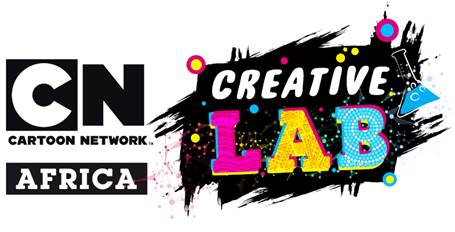 The leader in children’s animation in South Africa, Cartoon Network, invites African creators to submit their short-form comedy project in the first ever Cartoon Network creative venture run in Africa.

If there’s one thing Africans do really well, it is the ability to laugh at themselves! Taking advantage of Africans’ humorous streak, and incredible storytelling abilities, Cartoon Network Africa is proud to announce the launch of their brand new initiative, Cartoon Network Africa Creative Lab, an African venture designed to bring innovative, local short form content to the channel, and its digital platforms, while reinforcing the local relevance of the brand.

In this ground-breaking move, the leading network in the kids’ entertainment industry, Cartoon Network is taking another bold step in addressing the gap in locally relevant content which offers a viewing experience that resonates with its African audience.

The initiative will encourage African talents: creators, writers, graphic artists, animation students in fact anyone who loves kids’ content, to explore their creative, animation and production talents and have the chance to produce a short-form animated comedy to make Cartoon Network viewers across Africa laugh out loud!

“As sponsors of the Discop 2016 Animation Pitching Programme, we were exposed to some really inspiring local animation projects,” says Ariane Suveg, Head of programming and acquisition Turner kids Africa.

“We were so impressed by Cape Town-based Punch Monkey Studio’s amazing creative energy in the winning entry, Cloud Life, that the project has been traveling through the Turner group and is now in a development process with the Turner Asia Pacific production team! This just reinforces our need to invest in local content and our commitment to further mentoring talent in the African animation industry.”

Entries for the Cartoon Network Africa Creative Lab will be open from June 7 until August 31 2018 across the continent. African residents, aged 18 and over, or any African-based company, can submit their one-minute to three-minute creative short project which must be in the genre of comedy and fit with Cartoon Network’s values of funny, random, irreverent, smart and contemporary humour.

Ten projects will be short-listed in September, and the local creators will get the opportunity to pitch their work to Cartoon Network Africa’s content programming team. The winner and two runners-up will then be revealed at DISCOP Johannesburg at the end of the year.

Submissions to be sent via Dropbox to www. CartoonNetworkAfrica.com/CreativeLab

← Previous Story IF I DUMPED YOU FOR A LESBO YOUR D GAME MUST HAVE BEEN DOWN SAYS ANERLISA MUNGAI
Next Story → IS BRIDGET ACHIENG REBRANDING HER IMAGE? FROM TRASHY TO CLASSY