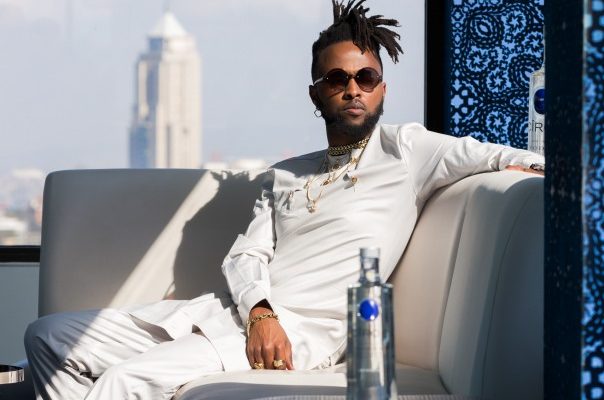 As the adage goes, ‘where there’s smoke, there’s fire,’ and in typical fashion, we do what we know how to do best, find out exactly where the fire is burning.

In this case, it is right up Kagwe Mungai’s alley because we have reason to believe –substantiated by credible photographic evidence-  that Kagwe Mungai is the new face if Cîroc Vodka.

He is famously known for his fire jams including Baas, Superseena and Till the End ft. Niniola, which leveraged Kagwe Mungai to receive an Afrima nomination for Best East African Male artist.

Most recently, Kagwe Mungai dropped Clubbin, a remake of the original track under the same title by Marques Houston and Joe Budden. The song basically reveals Kagwe Mungai’s depiction of Nairobi city’s vibrant and enigmatic nightlife. He mentions various popular clubs and chill out spots as well as big names in the entertainment industry.

Now, what prompted us to incept this ‘Is Kagwe Mungai the new face of Cîroc Vodka’ investigation is the fact that he mentions Cîroc in the lyrics of the song, specifically ‘sijui kenye nitado, juu nishaitiwa through kuna Cîroc wameorganize.’

We did our due diligence and found a photo from a credible source that confirmed or rather solidified our speculations.

When we reached out to Kagwe Mungai and his management team at Taurus Musik, they had no comments about this. Well, I guess you will just have to sit tight and stay tuned as we unravel this mystery that is Kagwe Mungai’s possible partnership with Cîroc vodka.