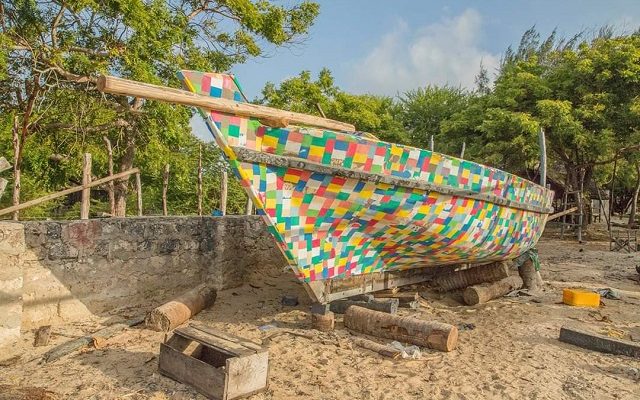 World first: Flipflopi Dhow made from plastic waste to sail along Africa’s coast to raise awareness about single-use plastic

The traditional dhow sailing boat made entirely from plastic trash collected from Kenya’s beaches and towns will make its maiden voyage later this month from Lamu in Kenya to Zanzibar in Tanzania a 500-kilometre expedition stopping at communities along the way to change mind sets about plastic waste.

The FlipFlopi is a first-of-its-kind, 9-metre sailing boat made from 10 tonnes of discarded plastic. It has been built by a team calling for a #PlasticRevolution to stem the flow of up to 12 million tons of plastic waste dumped into the world’s oceans each year and to highlight the potential for plastic waste to be re-used.

The dhow was launched in late 2018 in Lamu and has now partnered with UN Environment’s Clean Seas campaign, which engages governments, the public and the private sector in the fight against marine plastic pollution. Nine African countries have already signed onto the campaign, promising to take action to tackle marine pollution.

“The Flipflopi is living proof that we can live differently. It is a reminder of the urgent need for us to rethink the way we manufacture, use and manage single-use plastic,” Joyce Msuya, UN Environment’s Acting Executive Director, said.

“Kenya has demonstrated tremendous leadership in addressing the epidemic of single-use plastic by banning plastic bags. We are clearly moving in the right direction but we need a drastic shift in consumption patterns and waste management practices across the world.” 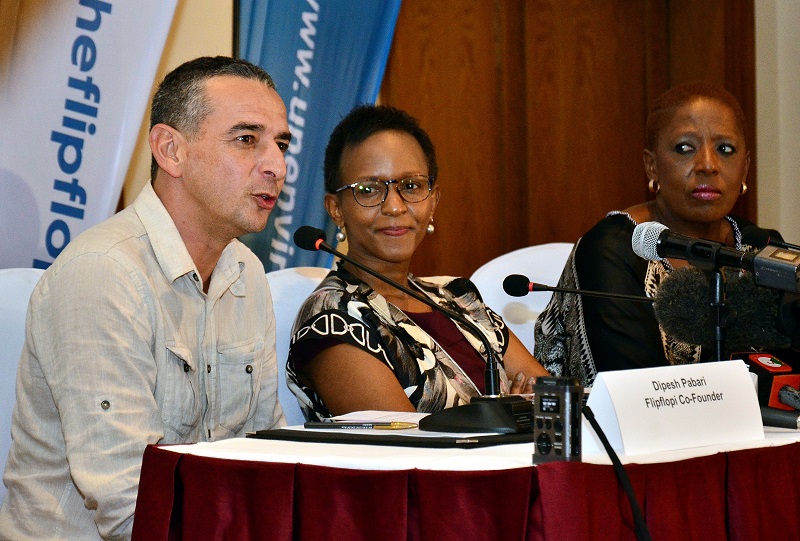 The expedition will start in Lamu on January 24. The boat is expected to arrive in Stone Town in Zanzibar on February 7, where the Flipflopi and Clean Seas teams will meet up with Conservation Music at the Busara Music Festival, engaging festival goers in the fight against marine plastic pollution through music and culture.

In Africa, marine debris represents a potential threat to food security, economic development, and the viability of the marine ecosystems. With over 12 million people on the continent engaged in fisheries, their livelihood is directly affected by marine pollution, and the proportion of protein intake from fish is high across Africa. During the Blue Economy Conference, hosted by Kenya last month, governments committed to protect oceans, seas, lakes and rivers.