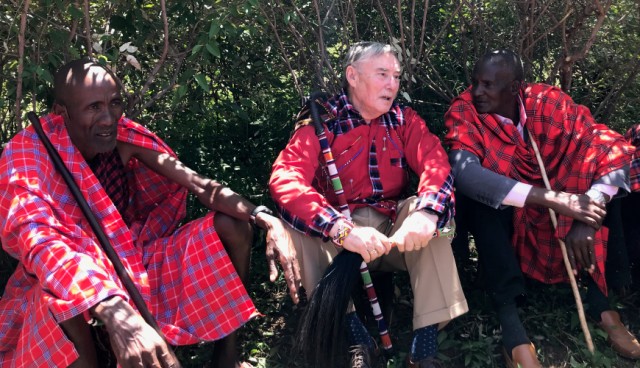 Ray Barnett, an 82-year-old Irish man who helped catapult the dreams of over 52,000 African children including NTV anchor Mark Masai and Ben Waweru, Chef at Radison Blue, was recently crowned Maasai elder at a colorful ceremony in Narok County, and respectfully named Olomunyak which means Blessed One.

Ray used the power of music through the African Children’s Choir which he founded 35 years ago. The Choir which consists children between 7-12 years has traversed the world, performing at historic events such as 46664 AIDS Awareness Benefit Concert in honour of Nobel prize winner Nelson Mandela in 2007. 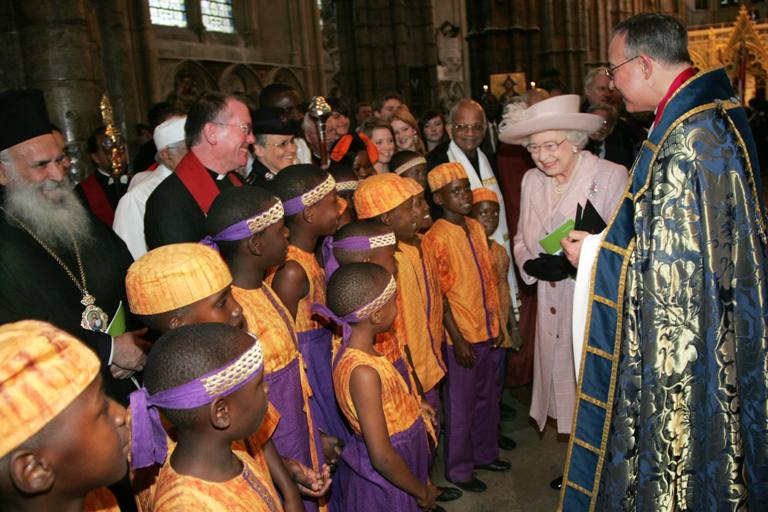 They also performed for Her Majesty, Queen Elizabeth II and Ugandan President Yoweri Museveni, at Commonwealth Day in London, England. Alicia Keys sang with the choir at Black Ball Gala in 2009, and in addition the Choir has also performed alongside renowned celebrities, Jars of Clay, Michael W. Smith, Roger Whittaker, Maria Carey, Wycliffe Jean and Will Smith.

Ray who founded the Choir in Kenya, Uganda, Rwanda and South Africa, was crowned elder to honor him for his contribution to the improvement of the lives of Maasai children. His crowning also signified his integration into the culture and rites of the Maa community and in particular the Siyapei Area
Community, despite his race.

“I am honored to be integrated with the Maasai, whose cultural beliefs and traditions have added to the wealth of Kenya’s heritage. Their strong leadership and wisdom passed through generations, has enabled the rise of doctors, lawyers and engineers from the community. Over the last 35 years of the Africa Children’s Choir, we have seen talented professionals rise to the peak of their careers by giving them the requisite life skills and opportunities to showcase their talent beyond their borders,” said Ray Barnett, Founder Africa Children’s Choir. 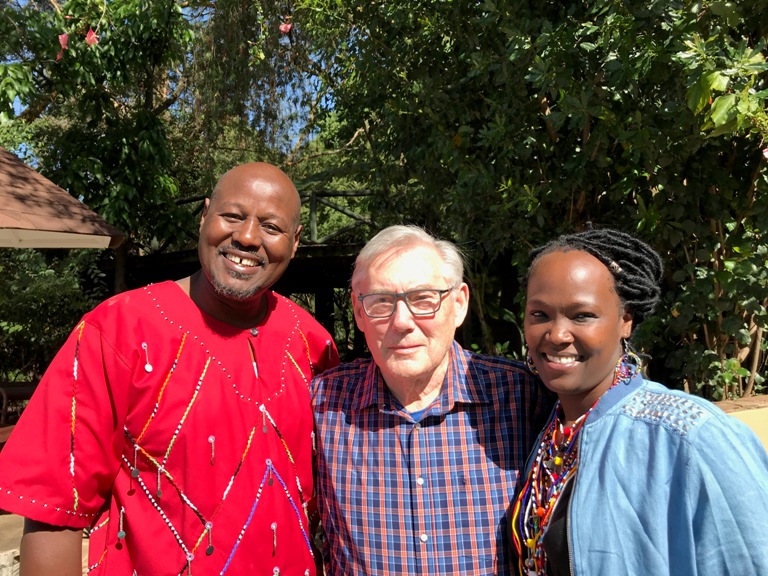 On the morning of his ceremony, he was picked up by a group of Morans who took him on a small ‘journey’ during which he was given a brief history of the Maasai people, taught some ways of the land such as the uses of different forest plants. He was told about how the Maa coexist with animals and preserve the forest, shown the functions of tools like the walking stick and sword among other regalia. During Ray’s ceremony, two white goats without defect were slaughtered and the blood mixture
was drunk by his representative. The drinking of beer was replaced by prayer upon the elder.

Their voices have also reverberated in movie soundtracks for Oprah Winfrey’s, ‘Beloved’ (1998), ‘Blood Diamond’ (2006) and ‘Rampage’ (2018). No strangers to national TV performances, the choir also sang during the American Idol Season 4 finale.
Views: 2291