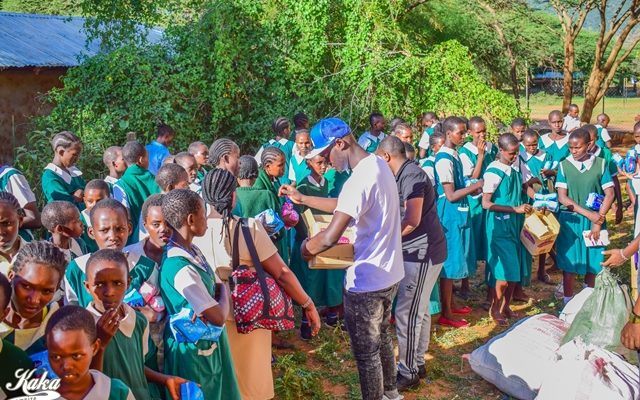 Kaka Empire Foundation’s Sanitary Bank Campaign continued on its quest to ensure that 100,000 plus girls stay in school.

King Kaka along with his partners on board Kim-Fay East Africa LTD, The Samburu Project and Kaka Empire LTD donated sanitary towels to the girls in Wamba town, and encouraged the girls, thus assisting them in dealing with menstruation challenges.

The event and campaign as a whole was supported by several public figures such as Owago Onyiro who accompanied King Kaka’s donation drive in Samburu, Wamba Town. 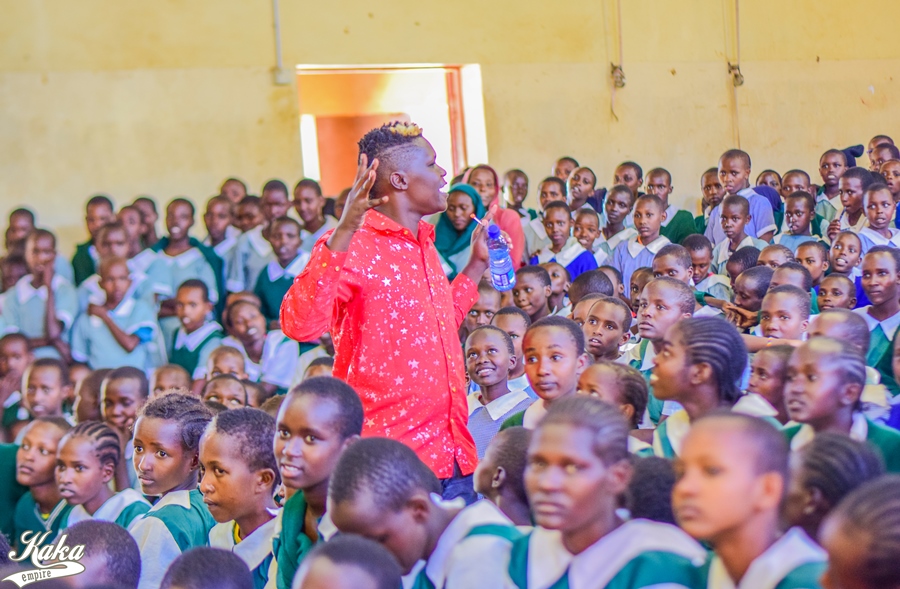 Speaking on this activity, Eric Lekolii, Project Manager, The Samburu Project said “Not many are sensitized to the plight of the girl in relation to menstruation and the negative effects poor menstrual hygiene has on a society. The Samburu Project is happy to be a part of the Kaka Empire Foundation’s initiative of keeping young girls in school by donating sanitary towels to these girls”

Evelyne Wangechi, Brand Manager, Confidence Brand emphasis on empowerment of the girl child “We are for empowering the girl child and are here to give donations. We have been a part of this since its inception in 2018 so far benefiting 12,000 girls. I encourage you to be a part of this”