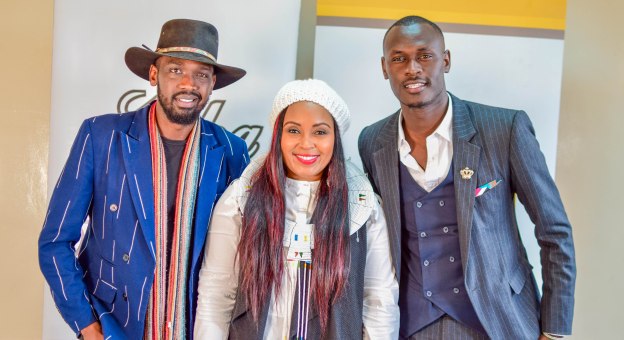 Hip Hop artist, poet and philanthropist King Kaka yesterday kicked off auditions for Maneno, a poetry and spoken word competition that will give poets their much needed platform.

King Kaka set off Maneno by holding auditions set to find finalists who will ultimately perform at the Maneno event slated for July 12. The auditions that were held at Kenya National Theatre were set out to look for 20 promising poetry and spoken word artistes.

According to the rules, only the first 200 were be auditioned, however the tryouts were a monumental success with almost 400 hopefuls showing up.

The participants were judged by King Kaka himself, Mufasa Poet, and Sheila Mwanyigha.

Speaking on how the auditions went, King Kaka said:  “The vision for Maneno is more than just a platform for these artistes, it is a way for people to create a safe environment where we can get to learn about how the African youth think and view certain issues.

We as the judges got to hear issues about crime, depression, unemployment, love, friendship, so much more that we can learn. It was humbling to get participants all the way from Kakuma, Lamu, Webuye, Kisii, Garissa and Kitale, I can safely say every region was represented

Now we looking forward to the next phase on July 12th, where the top 20 from the auditions will perform at the Maneno event alongside established poets.”