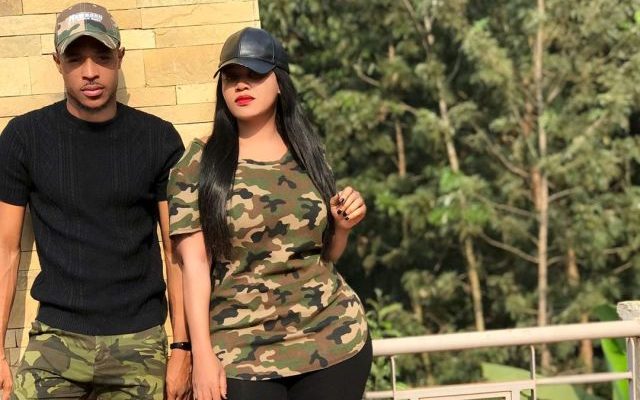 Months after breaking up with singer Otile Brown, Vera Sidika has moved on with a new hunk doctor Jimmy Chansa.

In an interview Sidika said the two met at a party in Tanzania, “I went Dar es Salaam for a personal trip and we met at a party which we were both in invited by a mutual friend. I love him because he has a bubbly personality, he is kind, loving, a gentleman and very transparent person plus he respects me a lot. He is also such a humble person and he is not after fame,” she said.

When asked if he will be releasing new music she said, “He is a doctor by profession and he is not planning to go back to singing. He used to do music as a passion but he stopped and he no longer interested, though people are encouraging him. That just shows he is not with me for fame.”

The two have been dating for a few months now, “We have been dating for a few months, I wanted to enjoy my time with him before I made it public. I have had terrible relationships in public but he is different, his intentions towards me are clear and I am also a good judge of character and we blend so well, we are just living life, I don’t wanna hold back on something so beautiful because of fear of judgment, he make me happy, life is too short.”

Adding, “I don’t believe in social media curse. I believe if something is meant to be it will be. It is only God who knows which man is meant for men. Social media doesn’t really control or affect my relationship it is just an app.”

When asked if it is a publicity stunt she said, “I don’t do publicity stunts when it comes to my relationships, anything that deals with matters of the heart I take it serious.

I am a Libra when I love I do it whole heartedly and sometimes it has put me in bad situations, where people have taken advantage of me and wanted to use me for fame or get other things.

There is no relationship I have been in that was a publicity stunt. I know celebrities who have tried to pay me to date them just because of publicity and I refused. At my current state if I wanted to pull a publicity stunt I will deal with Hollywood stars like Drake, Future and Fetty Wap who I know,” she said.