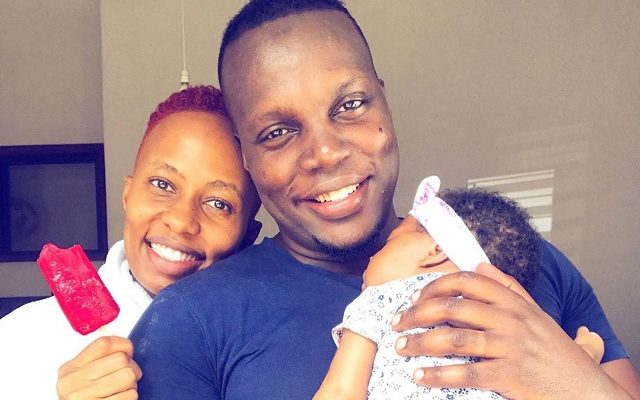 Ma’Empress actress Brenda Mwai has finally revealed the gender of her baby.

The former TV anchor took to social media to make the big announcement, “My greatest and biggest highlight this year, my daughter EJ. Here’s to facing the New Year and everything that comes with it. I’m excited. Happy New Year folks!” she posted.

The actress and her hubby Jeff welcomed their daughter two months ago at Nairobi Hospital, “You plan and God laughs what an unexpected day but welcome my muffin,” said Mwai.

This was after she made an official announcement of her pregnancy through Insta stories in a series of photos on social media revealing her growing baby bump.

Brenda said she was craving mabuyu and achari which she keeps sending her husband to buy at night, “It isn’t fair to send him for these at ungodly hours. Let me grab some while the sun is still out,” she said.