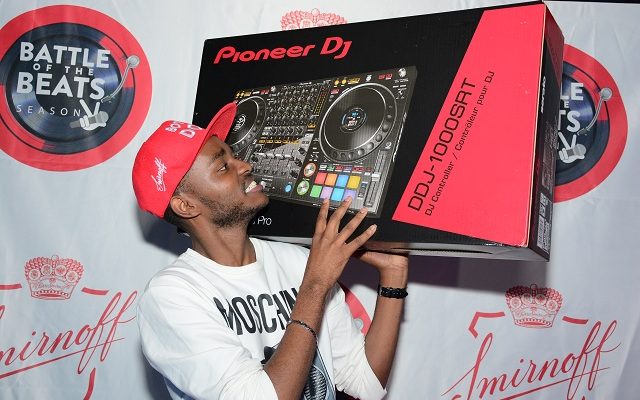 The Smirnoff Battle of the Beats season II crowned Edwin Gitonga aka Rajyz the Deejay the second winner of the hotly contested deejaying competition.

Edwin who is a third-year student at University of Nairobi currently pursuing Environment Science walked away with a MacBook pro laptop, a flight case and a 2TB hard-discs.

Barely two weeks from the inaugural season opener in Thika, the DJ talents did not disappoint in Nakuru, with over 100 DJs turning out for the one-day audition session where the final six went toe to toe bringing the crowd at Club Sebs to their feet.

Speaking in Nakuru, a key judge, DJ Mellow expressed her excitement at the talent level in Nakuru urging more DJ hopefuls to audition for the remaining editions to get the opportunity compete at the highest level. “We are excited to be here in Nakuru as we have witnessed some epic battles and fierce rivalries during the of Smirnoff Battle of the Beats Nakuru edition.

The talent pool around the different regions in country is enormous and we are encouraged by the turnout of Kenyans during the auditions process.

We are employing even more DJ hopefuls to audition and get the opportunity to participate in this new entertainment wave that is Smirnoff battle of the Beats,” said DJ Mellow.