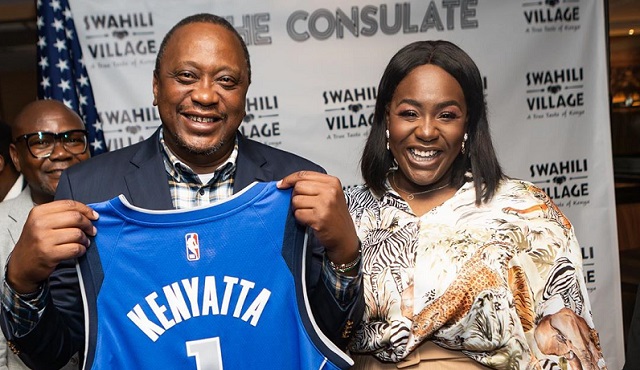 Speaking exclusively, the Dallas Mavericks DJ said, “Meeting the president was most definitely an honor. We exchanged pleasantries and he congratulated me on my recent accomplishments.

He also thanked me for representing Kenya well in the diaspora and urged me to continue doing what I do and offered his support of me and my efforts,” she said.

Talking about the reason why she gave him a jersey and not any other gift she said, “Gifting President Uhuru a Dallas Mavericks jersey was an appropriate gift because I am more than just a DJ for the team I also serve as a global ambassador.

I also think it is symbolic of how I hope to affect change in the country; which is through discussions of enhancing, reevaluating and restructuring policy that support the sports and entertainment sector.

He was extremely appreciative.”

The deejay made history when she became the first woman to DJ an NBA All-Star game.