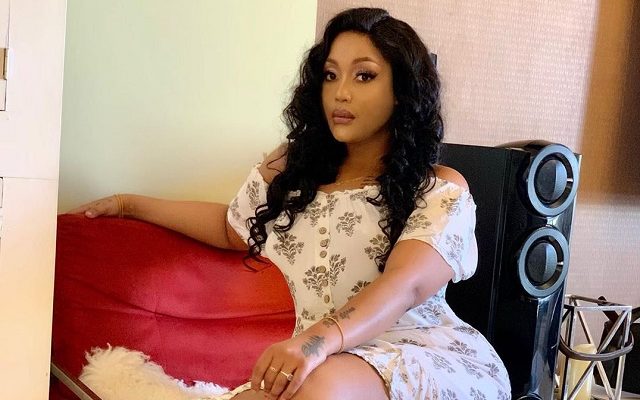 Tanzanian actress Irene Uwoya is ready to walk down the isle for the third time.

This comes after her second divorce with Tanzanian singer Dogo Janja.

In an interview Irene said, “I have been dating someone for more than six months and I am ready. Marriage is a blessing and if God blesses me with another marriage I will received it,” she said.

The actress also says she would love to have more kids.

In September 2017 she married the Dogo but the wedding received a lot of backlash because he was younger.

Dogo addressed his decision to marry Irene, “Most people despised my decision to marry a woman who is more than five years older than me but in my faith, this is the Prophet’s Sunna, but as for now I have an understanding girlfriend and we hope for the best.

The other marriage did not work but let us rather dwell on making each other better and talk about my projects. I don’t really want to publicise my private life.” A year later the couple divorced.

The actress divorced with her first husband, Hamad Ndikumana in 2015. He accused the her of sleeping around with Diamond Platnumz and Kenyan singer turned politician Jaguar.

← Previous Story UGANDAN ARTISTE PALLASO OUT OF DANGER AFTER BEING ATTACKED
Next Story → EXCLUSIVE: 5 THINGS YOU DIDN’T KNOW ABOUT PAPA DENNIS, HE HAS A DAUGHTER