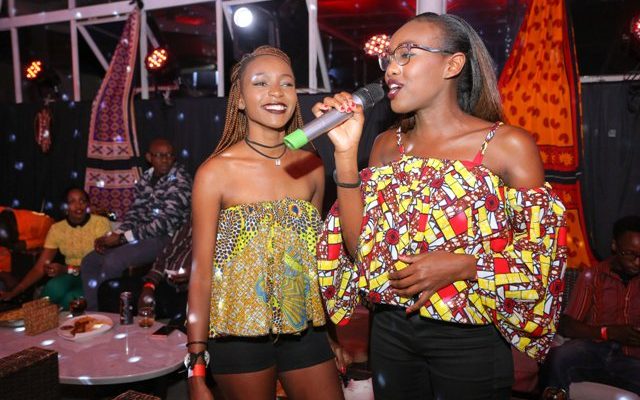 Dela and The Band BeCa joined a host of guests including Coke Studio Africa band and production crew, celebrities, influencers and Kenya’s top media at the premiere event.

Now in its fifth year in Kenya, Coke Studio Africa continues to display the best of Kenyan music and talent as well as from their African counterparts.

The Kenyan artists set to feature on the show this year include Khaligraph Jones, Kenya’s comeback king of the hits: Nyashinski, award-winning music group Sauti Sol, the sassy singer Avril and the fast rising girl duo – The Band BeCa.

Several key collaborations between Kenyan artists and other African acts have been born through Coke Studio meet-ups.

Since their inception on the show, Africa’s Best Group from Kenya Sauti Sol have gone on to orchestrate collaborations with artists they have met on the show. These include Africa with Nigerian songbird Yemi Alade, Unconditionally Bae with Tanzania’s Alikiba and Oya Come Make We Go with Nigerian music icon: 2Baba, among others.

Bahati was on Coke Studio season 4 last year to collaborate with Lydia Jazmine and Kiss Daniel, after which he followed up on his time on the show and did a collabo with Uganda’s BET award-winner Eddy Kenzo in the song Barua Kwa Mama.

The season finale will be a special Christmas episode. Each one of the show’s episodes will have five segments. The second segment will be a Remix/Fusion, a section that will cleverly bring back childhood memories fondly known to Kenyans as TBT.