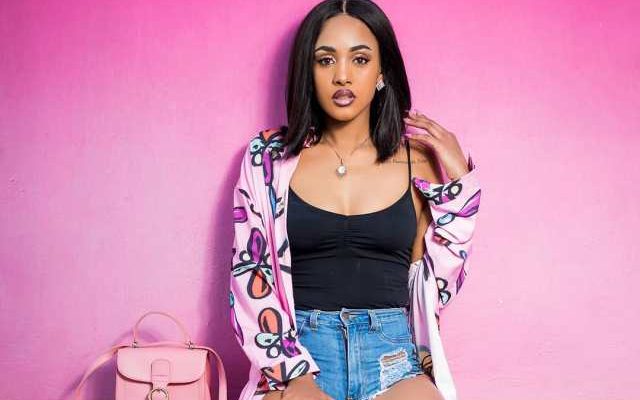 Radio personality and singer Tanasha Donna, while on her media tour in Tanzania, she addressed several rumours about her on popular radio show Block 89.

Speaking about her reality TV show, Tanasha said, “Things didn’t go as planned so we are not releasing that reality TV show anymore but I’m in talks with a bunch of cool kids from Nairobi to start our own reality show including Barak Jacuzzi when the time is right we shall release but now we are focusing on the music.”

In regards to the pregnancy rumours, “All I’m gonna say every day kuna rumours on the streets, so don’t believe everything you hear.”

She also talk about the possibility of doing a collabo with Diamond Platinumz, “When the time comes God willing we will do a collabo but for now we have not yet planned it but with God’s timing inshalla.”

When asked if she is beefing with Zari, she said, “To be honest I don’t have any reasons to attack her, I don’t know her, I’m not gonna beef with someone I don’t know or someone who doesn’t affect me on my personal life.”

Addressing relationship rumours with Alikiba, Donna stated, “The last time we talked was when we worked together on that video, we never exchanged numbers it was so professional. No, we have never had a thing, matter of fact my ex was there when we were shooting the video.”