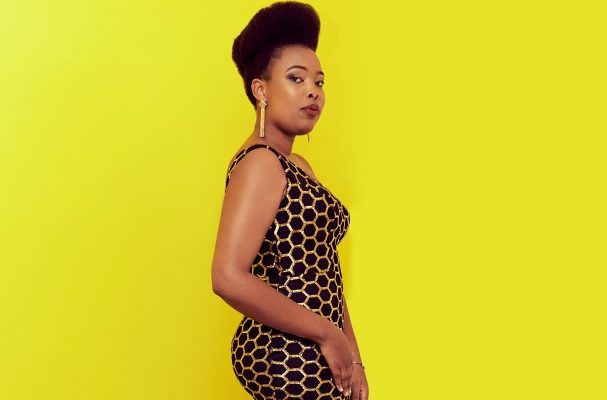 CHEPTOEK BOYO STORY: HOW I WAS DIAGNOSED WITH RARE AUTOIMMUNE DISEASE-BEHCET’S SYNDROME

I have always been a lifist, I pride myself in taking care of my health, physically and mentally. I enjoy life as much as I can, but I always have boundaries not to go to extremes. I do annual medical exam checkups and visit the gynecologist at least three times a year. However, late last year towards my birthday in September up to December, I started experiencing fatigue which was unusual. I’m the type of person who needs at least 8 hours of sleep and I don’t joke with my sleep. I would wake and still feel so tired; I had to push myself to work which is unlike me.

20 December 2018, I noticed I had a canker sore and as usual, I self-medicated. I Googled and bought a mouthpaste, two days later it was worse. I had more than five and the pain was unbearable. I visited a dentist who cleaned my teeth and recommended a mouthwash. The conditioned didn’t improve. It got worse, but since I was heading to the village for Christmas, I knew my big brother who is a physician would give me a second opinion. He advised me to get a different mouthpaste, but still each day the canker sores multiplied and by the time I was heading back to the city; my mouth was covered in them.

January 10 2019, I visited a hospital in Hurligham, Nairobi. I explained to the doctor what was happening to me. The first thing she said I needed to do an HIV test, in my mind I was like how can this doctor be so judgmental, so I asked her “what other diseases have canker sore or mouth ulcer symptoms?” and she added, “herpes, syphilis, cancer and other STDs.” I was traumatized so I told her let’s do the tests. All the tests came out negative. She said it might be gingivitis and put me on bacterial and fungal medication plus a mouthwash. After two days of taking the medication, the sores began to clear.  However, once the medication was done, they were back.

February 18 2019, I visited a dentist but he referred me to an Ear Throat and Nose (ENT) doctor, at the same hospital. At the time, I was also having a problem with my eyes, which had then turned bloodshot. However, I was not in any pain. She prescribed more antibiotics and steroids. Like before, the sores disappeared only to make a comeback once the medication was done. On March 6 2019, she increased the dosage. After the dose was finished, they recurred. I started losing my voice and my eyes got worse, by this time I had used Sh40,000.

April 8 2019, I changed the ENT and went to one of the top hospitals in the country with lots of hope; the doctor saw me and prescribed more antibiotics. Easter holidays I picked my sister from Kericho so that we could head home together. The first thing she asked me was whether I had smoked weed because my eyes were so red. I told her you know I don’t even smoke cigarettes, I decided to book an appointment with an ophthalmologist in Eldoret to check my eyes because I was not feeling any pain but the redness was freaking people out, he checked my eyes he said I have perfect eyesight and recommended eye drops to clear the redness, I continued to the village with my sister.

Coming back to Nairobi, my eyes were clear and a day after I finished the ENT dosage, the problem recurred.  The canker sores were back. I went back to the hospital and asked why they are misdiagnosing me. The sores had affected my throat – I could not eat any solid foods and was strictly on a fluid diet. I wasn’t getting any better. In fact, I was coughing blood, I knew I was dying. The ENT doctor reffered me to a rheumatologist to test for any autoimmune diseases; the rheumatologist suggested I test to thyroid disease, ANA, VDRL, full blood count & ESR and TSH – all were negative and my blood was in perfect condition. The tests and consultations amounted to Sh69,750.

30 April 2019, the rheumatologist sent me back to the ENT and since I was still coughing blood and the mouth sore were still there my doctor suggested I undergo a minor surgery to get a biopsy for further testing. May 1, I checked in for surgery, which went well and checked out on May 2, the bill at Sh215,000, thankfully my inpatient insurance cover sorted me. I went home with more medications, more antibiotics and steroids and because the canker sores were so bad I maintained the fluids diet for about two weeks then I started eating well.

I noticed I had lost 10kgs but with drugs the sores cleared, the test took a week before the results came out and I was told I had no cancer, no viral or no fungal disease so they didn’t know what is wrong with me. Since I was feeling okay I went home, my drug dosage finished and immediately the day after, I lost my voice, my eyes were back to red and itchy, I started having joint pains. I went back to the ENT doctor, he sent me to a different ophthalmologist for more eye check up, and he tells me my eyesight is perfect. I go back to ENT he then refers me back to rheumatologist. By this time, I was tired, in pain and my friends and family all think I am being ripped off and I should change the doctor but and I went back.

I get there I could hardly walk, my ankles, knees, hip joints were in pain, I was limping and shaking because the pain was unbearable. He gives me an injection and after a few minutes the pain disappears, since he was not sure of what I am suffering from he writes down a list of 13 tests I needed to do, I go for the lab test and ask how much it will cost, shock on me the bill is Sh79,998. I broke down in tears, I had reached a breaking point, where I’m I getting that money? I make a few phone calls it was not fruitful. But one person came through for me, I will forever be in debt, without questioning he understood and sent the money, such an angel. Sh79,998  plus the other consultations and injection, total Sh98,398.

After a week the results come out, 12 tests were negative except one, then the doctor told me he knew what was wrong with me, I leaped with joy. Only for him to say I have Behcet’s disease also known as Behcet’s syndrome and I was confused! To make it worse he says it in not curable, I will have to be on medications every time I get a flare-ups.

The first half of 2019 has not been good to me, but I am relieved. Seven months down the line and spending a total of Sh423,148. I have a diagnosis and I am on treatment, sometimes I have good days while some days are horrible but all I can do is to create awareness about this strange disease. I thank everyone who has been supportive through this journey. If you know or heard of anyone who suffers from Behcet’s Disease please inbox me.

← Previous Story I TRIED AND I’M OBSESSED! 5 MUST HAVE CLINIQUE PRODUCTS
Next Story → JIPENDE AFRIKA: FIVE MUST HAVE 100% NATURAL PRODUCTS YOU NEED TO GET THIS CHRISTMAS