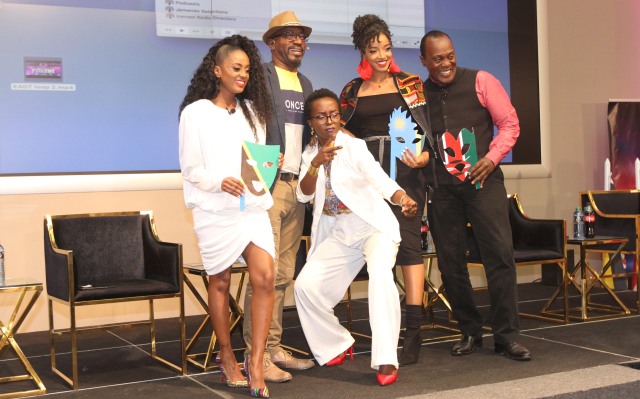 Judges of the inaugural East Africa Got Talent show were announced.

The diverse line-up of judges comprise of Jeff Koinange, a renowned media personality in Kenya who has worked for various news media agencies across the world.

Gaetano Kagwa, a Ugandan actor and broadcaster who is well versed with the media scene in the region having worked as a presenter at Capital FM, hosted Tusker Project Fame and been a contender for Big Brother Africa.

Vanessa Mdee, a Tanzanian singer and songwriter credited as the first ever Tanzanian MTV VJ, host of the Epic Bongo Star Search and also participated in the Coke Studio Africa 2019 television show amongst other African music stars.

Makeda Mahadeo, a Rwandese media personality, deejay and emcee, who is credited as the first female DJ in Rwanda.

The talent show will showcase a variety of talents from people of all ages in East Africa, with acts ranging from singing, dancing, comedy, magic, juggling, stunts and a variety of other genres.

“We are excited to bring the Got Talent Global Format home. We believe this platform will command a global audience for our amazing East African Talents”, said Joseph Kusaga, the Franchise holder.

The four judges will each have their own red buzzer that can only be pressed once the judge has seen enough, and when all four buzzers have been pressed by the judges, the act must stop.

Each contestant needs to receive three approval ‘yesses’ from the judges to go through to the next round.

Due to start airing in August this year, the EAGT show will have 10 episodes, with the semi-finals and grand finale shot live on location in Kenya.

The winner of the show will walk away with Sh5 million.