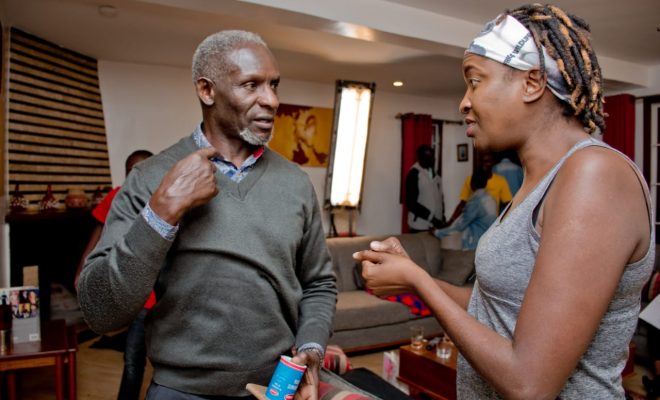 Speaking about the new project Kathungu said, “My partner Simiyu Barasa and I have always made our films from our personal savings, and we ended up doing only very low budget movies.

Our last film Kizingo cost us Sh500,000, and the entire team had to make do with this very limited budget.

The cast and crew had to take a pay-cut of their professional fees, we shot for less days than we would have wished for and we did not have a marketing budget.

Even though the film went ahead to win numerous local and continental awards, it did not make any financial returns, mostly because we did not have a budget to market and promote the film.

In December of 2018, we discussed the crowd funding option. We decided to pre-sell the tickets, at the beginning, we only approached people we know.

However, when we put up the campaign on Facebook, Kenyans at large; film enthusiasts, well-wishers, supporters of the creative space.

People who did not know us and we did not know begun sending their ticket money with accompanying messages that they love our idea and want to be part of it.

Our budget is Sh1.9 million and we have not yet reached it. We are currently on set, but we will be paying bills long after we finish filming. We also need money to promote this film in Kenya and beyond.”

To buy tickets use the Mpesa Till Number Below! 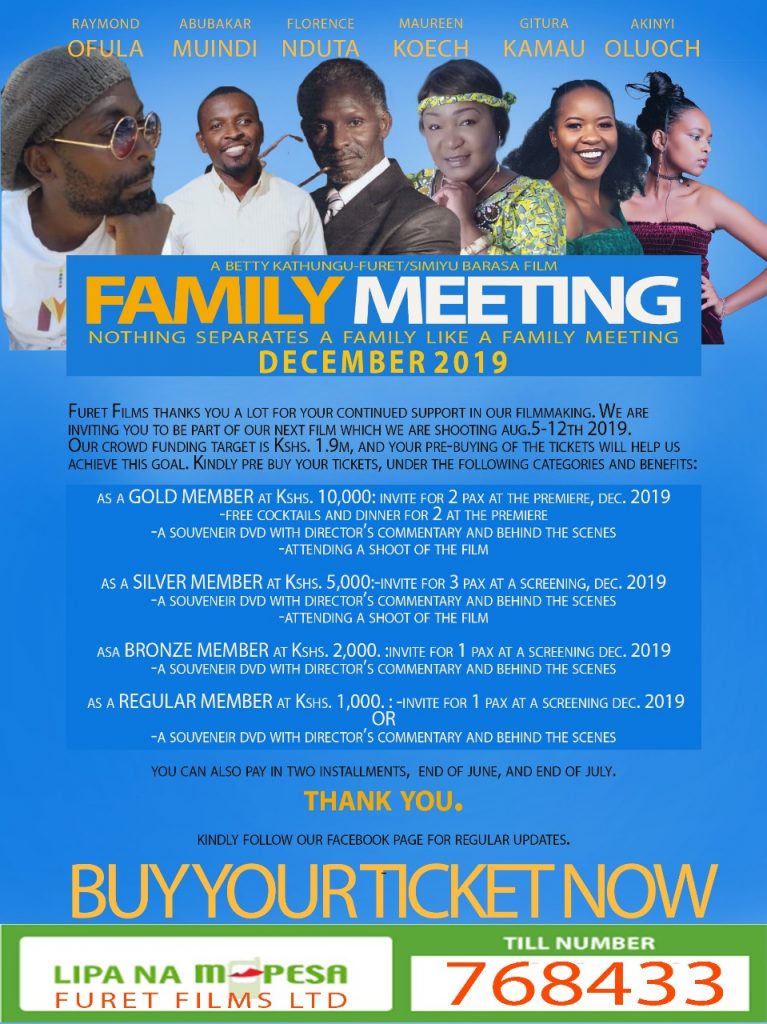 Family Meeting will be screening in Anga Cinemas Nairobi, Mombasa, Kisumu and Nakuru from the 6 to 13 of December, 2019