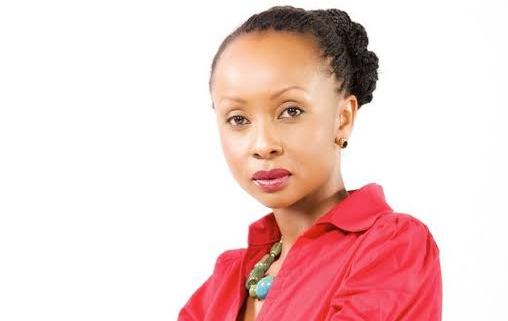 ACTRESS NINI WACERA NARRATES HOW SHE WAS CONNED SH250,000

Veteran actress Nini Wacera narrated her story to a vlog dubbed Janjaruka how she was conned Sh250,00 in 2005,

“I feel likes its really average but it got me in the gut, it was in 2005, I had saved up money and my life was about, ‘I will never take a loan’.

I saved up money and I was looking for my first car, in that period of time I was those chics who used to think that the fact that feminist movement had happened meant that I had to show of my ability to get what I wanted as a woman. I bumped into a guy at a club and he looked fantastic, I hit on him, I bought him a drink, I asked him out on our first date and we met at The Stanley Hotel where he bought me a glass of juice and that should have been a clue.

I was looking for a car and when I told him he said he was a car dealer, we start discussing what car I wanted, I’m feeling his vibe, I’m very sexually attracted to him then he is being the guy who not allowing me to have sex with him so that was frustrating me but also making me wonder is he a keeper?” said Nini.

She trusted him and gave him the money, “I gave him Sh250,000 to go to Mombasa and bring it to Nairobi. He continues talking to me throughout this period, when he went to the coast he got into a car and took pictures and when he was driving back I didn’t hear from him, ever.

This guy had taken me to him mums house and his swanky office in Westlands. Those are the places I started looking.

I went to his mother’s house she doesn’t remember me, I go to the office in Westlands there was another company. I reported the matter to the cops they looked for him they said they could not find him, I never had from him.

A few years later, I’m doing casting and I find out the same Robert is conning people, now he was an actor, he had conned five guys.

Years later saw an advert in the newspaper saying there was pastor in two going to pray for women to get into marriages and it was Robert who was now born again,” added Wacera.

← Previous Story IT TOOK ME ONLY TWO DAYS TO KNOW ROTIMI WOULD BE MY HUSBAND SAYS VANESSA MDEE
Next Story → MUST WATCH PLAY: JOHN SIBI-OKUMU BRINGS BILDAD KAGGIA BACK TO LIFE