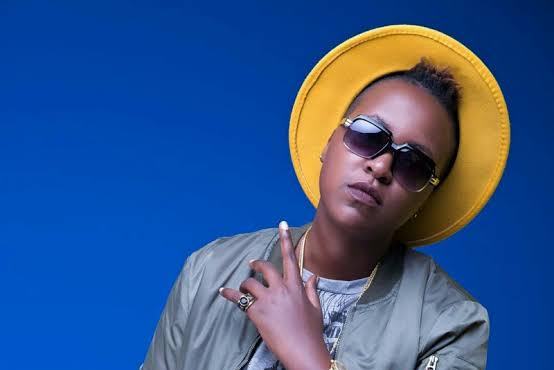 UGANDA RAPPER KEKO NARRATES HOW SHE WAS DRUGGED AND RAPED

Canada-based Ugandan rapper, Jocelyn Tracey popularly known as Keko took to Twitter and share her story of how she was drugged and raped.

In a series of tweets Keko said,  “So apparently I never thought people can pay people you know to invite you to an event spike your drink and have you raped then tell you a wild story like you are a first time drinker.

So after I was invited to this event by an elder lady from my motherland to come share her moment of triumph and by elderly I mean limping and needing assistance walking elderly I obliged as she was somebody I remembered from my childhood, a neighbor.

I mean that was a great move. She suggests we go to an after party now you know I love me a party honey. It was her, a male friend from the same fraternity and another female all from the motherland.

The night wound down we left in an Uber everyone was dropped off but I was really out of it I thought. Why not spend the night leave for my place in the morning I mean what could go wrong she is female. Get to the crib I black cold out.”

But when she woke up she had been physically assaulted, her underwear was missing and three of her teeth were chipped; “Now I woke up like I was possessed with my pants off me and my underwear missing! I was mortified to say the least first thing I recognized is bloody sheets were my head was resting.

I rushed to the bathroom mirror to look at my face I was in shock now you know how love my face. I asked her to phone a taxi as I wanted to go to the hospital immediately because the wound was very big I could catch anything.

Soon as I got to the hospital I requested the doctor to perform a full body examination and run some tests. He said he couldn’t stitch it up since it had passed a certain time window within which to do it.

He gave me a tetanus shot. And on examining my lower body he found bite marks on my right knee. He found rock fragments and said looks like you were hit in the face with a boulder.

Then I asked if there were any signs of rape he said it is a definite possibility telling from the bites. I went home and nurse myself back to recovery. My graduation ceremony was ruined to say the least but I was alive to tell the tale.”