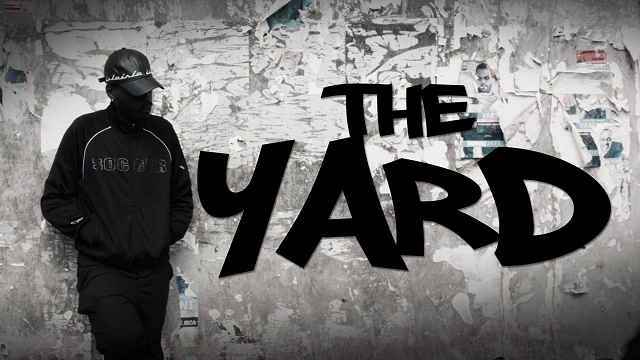 A new Kenyan drama series, The Yard premiered on YouTube.

Described as a music drama, The Yard is based on a low-level drug dealer and aspiring rapper Dash who finally gets his chance to make it big in the Nairobi hip hop scene, but a case brought against his father by the Criminals Investigations Department threatens to derail his dreams and test his loyalties.

The show was created by filmmaker and actor Moses Owiro who drew inspiration from Power and Empire to make The Yard which he describes as “a combination of the drama in Power and musicality in Empire.”

But Owiro wasn’t just trying to tell a story, he wanted to promote the music that he loves and uplift the many hip hop artistes in Kenya who have remained in the underground and have been ignored for way too long.

“I’ve always been in love with hip hop and music in general. It was frustrating to see all this international level music just in the underground and never seeing the light of day.

I took it upon myself to combine my passion for music and film to produce a music drama that elevates us in film at the same time showcase our impressive music catalogue to the rest of the world,” Owiro says.

The result is a music drama with a layered story line about drugs and hip hop which all plays out against a backdrop of great tracks from less known rappers in Kenya the likes of Asum Garvey, Kevin Grands, Ace Tha Don and Headspace.

While Owiro’s hardwork is finally paying off with the series amassing lots of views online his journey to turning the show into a reality hasn’t been easy, he says.

“Independent filmmaking has always been a challenge especially when doing it alone with zero support.

But the hardest challenge was shooting in the middle of election time in 2017, when everyone else was fearful and traveling up country the rest of us were shooting.

Seeing it all come together now is a dream come true. So many people believed it couldn’t be done and thought it was a pipe dream. And although it wasn’t easy, it was all worth it in the end.”

And for a show that has even won two awards at the Zanzibar International Film Festival in 2018, it’s regrettable that no local media picked it up and that it had to take two years for it to be released on a free platform like YouTube.

“The two years was to give the local media time to pick it up but none of them were interested in quality materials as they kept citing the current local shows by saying Kenyans are not interested or capable of digesting high intensity plots and shows,” Owiro says.