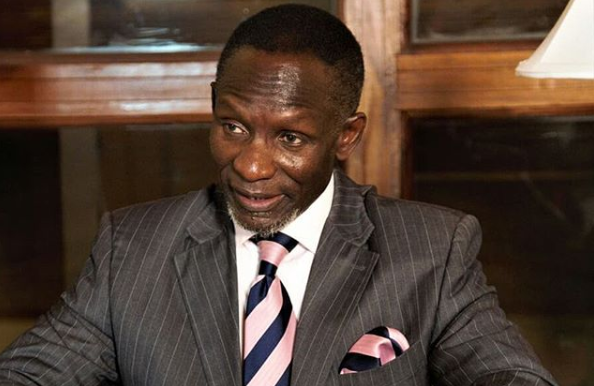 The ever charismatic Ofula plays the former President of Tanzania – President Magoro, an ally of Mandela during the struggle for liberation of Africa.

In an attempt to uncover the truth about the death of her mother the freedom fighter Safiya Sono, Thusi’s Queen Sono while on an undercover mission as a journalist at the Nairobi Security Summit enquires about President Magoro’s involvement in the transition period in South Africa after apartheid.

It’s a brief scene, not longer than five minutes but it gives us a glimpse of who Ofula’s character is certainly moulded from Mwalimu Julius Nyerere who speaks with wisdom and conviction only reserved for Africa’s founding fathers:

“We fought so that our children could have a better life. The struggle and our children were mutually linked. Now that the whole thing is spoilt, we have to find a way to make it right again for the people of this continent.”

You will also notice some brief shots of Uhuru Park and the beautiful Nairobi skyline when Queen’s espionage takes her to Kenya which also happens to be the residence of Russian oligarch and Queen Sono’s ass-kicking villain Ekaterina Gromov.

He also featured the second instalment of the Angelina Jolie-led Lara Croft: Tomb Raider in 2003.

← Previous Story EXCLUSIVE: 5 THINGS YOU DIDN’T KNOW ABOUT PAPA DENNIS, HE HAS A DAUGHTER
Next Story → IT WAS ALL FUN AND GAMES, NO SH1.6MILLION BIRTHDAY PARTY FOR ME SAYS ALEX MWAKIDEU